While the rate of fire fighter suicide is unknown, in a 2018 non-scientific survey of 7,000 IAFF members, 19 percent of respondents reported having had suicidal thoughts linked to occupational and emotional stress.

While more research is needed to understand fire fighter suicide and suicidal behavior, the survey sheds light on a sobering reality many already know. 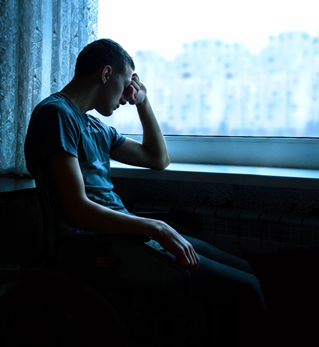 While we don’t know if fire fighter suicide is increasing or if increased awareness of behavioral health issues among fire fighters has led to more vigilant suicide reporting, we know that one suicide is too many.

Why Do People Commit Suicide?

Suicide occurs primarily because of overwhelming mental and emotional pain, which becomes unbearable because it’s viewed as unending — something that can’t be fixed and that only can death end.

Choosing suicide is not the same as making other choices. A multitude of personal and environmental factors — from severe depression to social isolation and not knowing how to ask for help — play a role in suicide. Each person’s situation is unique.

Research has consistently shown that certain people and populations are at a higher risk of suicide. Risk factors do not cause suicide but are characteristics that increase the statistical likelihood that someone will die by suicide. These include:

Warning Signs Someone Is Imminently Suicidal

While risk factors place an individual at increased statistical risk of suicide, warning signs are identifiable behavioral, emotional or interpersonal cues that someone could be at immediate risk of attempting suicide.

Warning signs are cries for help that should not be ignored. If you or someone you know is exhibiting even one of these signs, seek help immediately.

You Can Help Prevent Suicide

If someone you know is showing any of these signs, immediate intervention is needed. When someone is showing suicide warning signs, simply ask the question clearly and directly, “Are you thinking of killing yourself?” If the person says yes, sometimes or they’re not sure, it’s time to seek help.

If you have lost someone to suicide and are struggling to make sense of the loss, see the IAFF Fire Fighter Suicide Guide: How to Cope with Grief and Loss.

If you are not currently suicidal, but considering treatment for yourself or a friend, call the IAFF Center of Excellence for a free and confidential screening. The Center is a residential behavioral health treatment facility exclusively for IAFF members. The Center offers detox, inpatient, partial hospitalization, intensive outpatient and outpatient levels of care for behavioral health problems, including post-traumatic stress disorder (PTSD), substance abuse and depression. 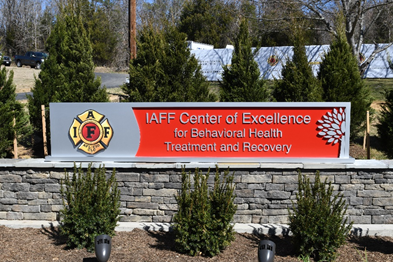 If you are an IAFF member in recovery and want to share your story, contact [email protected].

Suicide Prevention Hotline. “We Can All Prevent Suicide.” Accessed October 9, 2019.