Sergeant Skip Ockomon has been a fire fighter with the Anderson Fire Department and a member of Local 1262 for 32 years. He’s been sober for 21 years. Ockomon has served on the board for the American Foundation for Suicide Prevention (AFSP) Indiana chapter, sponsored others in a 12-step program for alcohol recovery and spearheaded a peer support team in his department.

What brought you to the IAFF Center of Excellence?

A few years ago, something happened to me that opened the door to deep depression. I wanted to kill myself. Suicide was a huge part of my day and night, with nonstop thoughts of how and when. It was exhausting trying not to show the signs, putting on a good front and working constantly in our community helping people to make myself feel better. But that feeling was always brief; then I went back down the dark hole of despair and hopelessness.

I reached out to our peer support counselor and let him know that I wasn’t being a very good husband and was feeling bad. He listened and talked to me. He asked me, “Are you thinking of killing yourself?” First thought that came to my mind: “I wouldn’t do that to my family.”

But, I remembered 20 years ago a fire fighter I was trying to help; he was a friend. I said, “Pete, please don’t do what Gary did.” Gary was another fire fighter I used to drink with who had killed himself the year before. Pete told me, “I would not do that to my family.” I believed him, and he believed it. Two months later, Pete died by suicide.

In that moment with my peer support counselor, the conversation I had with Pete came back. He’d told me the same things. I decided to be honest.

What did your peer support counselor do?

He did what he needed to do. We reached out to the Center of Excellence and talked to one of their angels on the phone. They knew where I was at emotionally and mentally and described things I was experiencing before I could tell them.

A few days went by and I was at the statehouse on Advocacy Day for AFSP, again talking to senators and representatives about different laws for mental health. Putting on a show again, smiling and talking to other volunteers and thinking how big of a hypocrite I am. Then, the call came from the Center. “You have been accepted!”

I looked over and saw Brandon Dreiman, the captain of peer support in the Indianapolis Fire Department. I walked over to him and told him the situation and that I was driving. He told me to hold on and made a quick call. Two minutes later, he said, “You’re not driving; I’m taking you.”  Wow. Peer support from a fire fighter 40 miles away. I had no good way to leave because Brandon brought me! He got me!

What was it like at the IAFF Center of Excellence?

What happened in the 43 days I was there was a roller coaster ride of life! I met fire fighters and EMS warriors from all over the United States: Alaska, Ohio, Arizona, Florida, Oklahoma, Nebraska. I thought I was taking space from someone who really needed it, but found out that I wasn’t the only one who thought that.

I worked on traumas from my childhood as well as the ones from the job. There were groups all day with individual counseling, too. We ate together and cried together. I had some good times at recreation – volleyball, ping-pong and other healthy activities that I didn’t want to do at first, but later that changed.

It was tough letting down my guard, but the nightly campfire meeting helped me do that. I was able to do family counseling with my wife and worked through some tough, uncomfortable things. 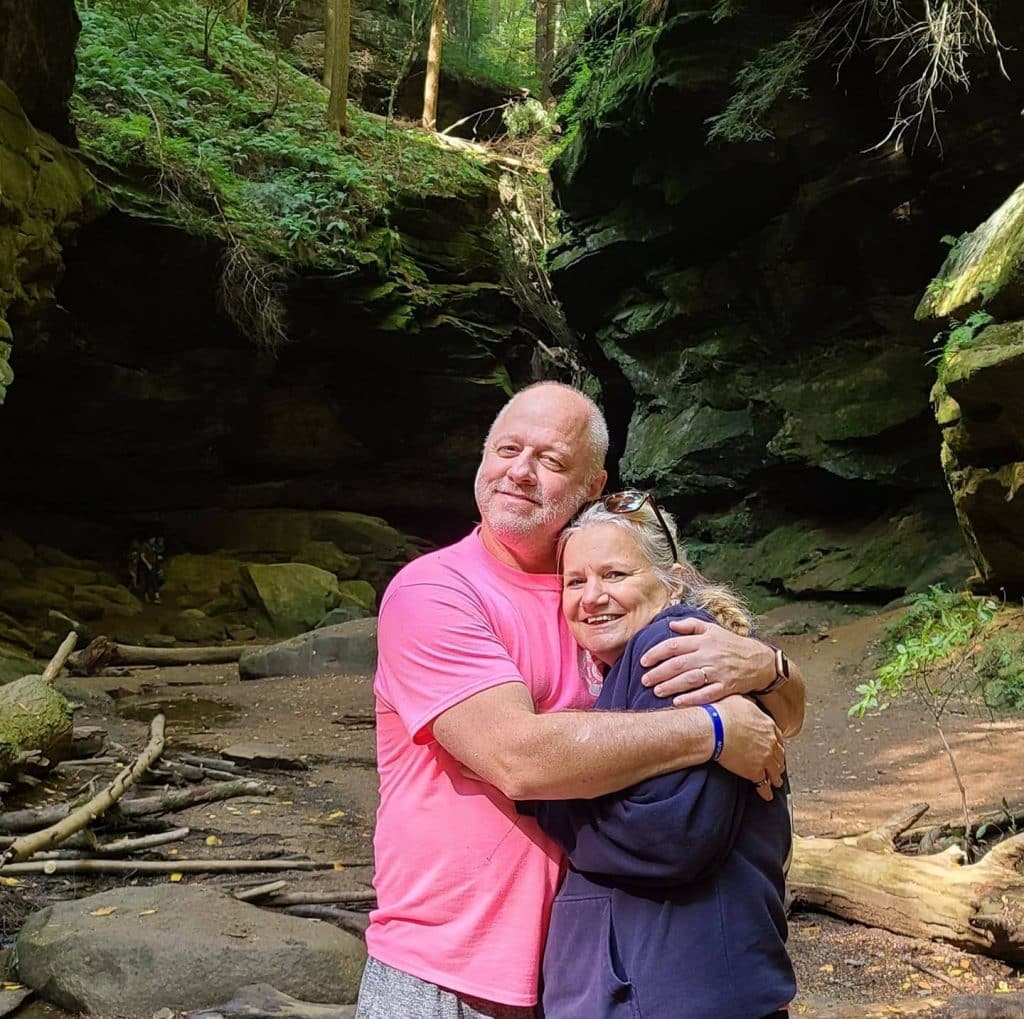 How has life changed since your stay at the Center?

Today, about a year out, my wife and I are in love and working one day at a time to be happier together. It’s been tough and it’s work! I still talk to a lot of fire fighters from all over the United States on Zoom every Tuesday and Sunday. I’m grateful today that my plan to end my life didn’t work out, but a better plan to get treatment did.

If you or a loved one is struggling with suicidal thoughts, it’s time for a different plan. Getting help for your mental health or an addiction is a life-changing decision. Call the IAFF Center of Excellence to speak with one  of compassionate representatives about treatment options. Calls are free, confidential, and there is no obligation.

If you are an IAFF Center of Excellence alumni in recovery and want to share your story, contact [email protected].